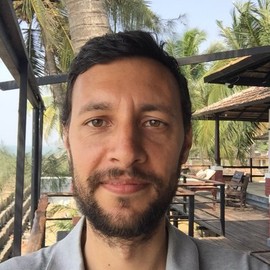 I study human cultural evolution. I am interested in how human culture evolved, and how culture itself evolves over time.

I use experiments to simulate cultural evolution in the lab. I get people to make and copy technological artifacts like arrowheads or handaxes, or solve problems resembling real-world challenges. The aim is to understand how psychological and social processes have shaped cultural change past and present.

I construct models of cultural evolution. These explore how individual decisions (e.g. when and from whom people learn) translate into population-level patterns of cultural change. I have modeled cumulative technological change, copycat suicides, and the effects of migration on cultural diversity.

You can read more on the Research page below, or view my Publications. 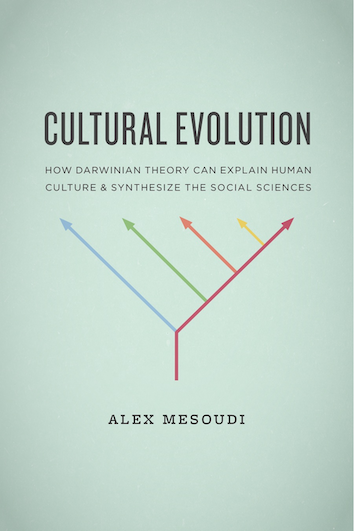 The human species has an extraordinary reliance on culture, i.e. the vast body of beliefs, knowledge and skills that we acquire from other individuals via social learning. While other species adapt to their environments primarily via genetic evolution, we adapt via cultural evolution. I am interested in how this process of cultural evolution works, its similarities and differences to genetic evolution, and how traditional social science findings and topics can be studied within an evolutionary framework.

Mesoudi (2017) Pursuing Darwin’s curious parallel: Prospects for a science of cultural evolution. Proceedings of the National Academy of Sciences 114, 7853–7860.

Mesoudi, Whiten and Laland (2006) Towards a unified science of cultural evolution. Behavioral and Brain Sciences 29, 329–383.

Mesoudi, Whiten and Laland (2004) Is human cultural evolution Darwinian? Evidence reviewed from the perspective of The Origin of Species. Evolution 58, 1–11. 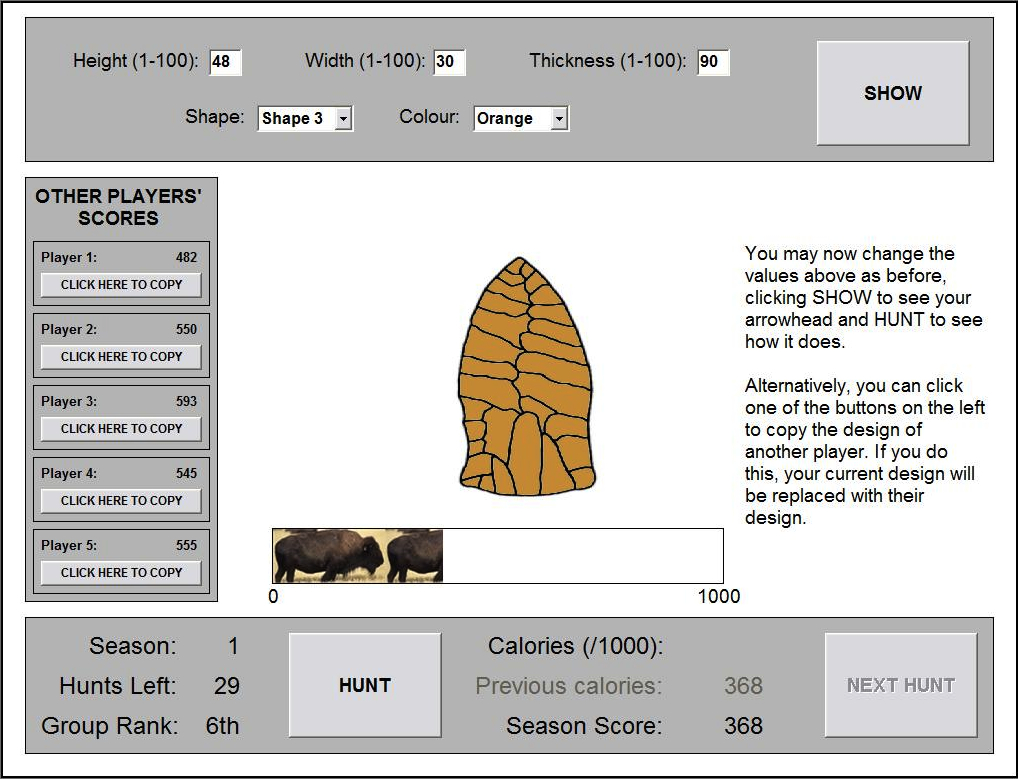 Learning from others, aka 'social learning', lies at the heart of human culture. I have run several lab experiments examining how people learn from one another, who they learn from, when they learn from others rather than alone, and what they learn. Some studies use the 'transmission chain method', where stories or task solutions are passed along linear chains of participants like the game 'Telephone'. These have found, for example, that information about social relationships and interactions is transmitted better than non-social information. Other studies look at how people within fixed groups learn from one another over time. Often these experiments look at technological change, getting participants to design arrowheads, handaxes or other objects reflecting real-life human technology. Previous findings have shown that people prefer to learn from successful others, but often copy others less than they should do; and that causal understanding is often not necessary for improvements in technologies.

Derex, Bonnefon, Boyd and Mesoudi (2019) Causal understanding is not necessary for the improvement of culturally evolving technology. Nature Human Behaviour 3, 446–452.

Kempe, Lycett and Mesoudi (2012) An experimental test of the accumulated copying error model of cultural mutation for Acheulean handaxe size. PLOS ONE 7, e48333. 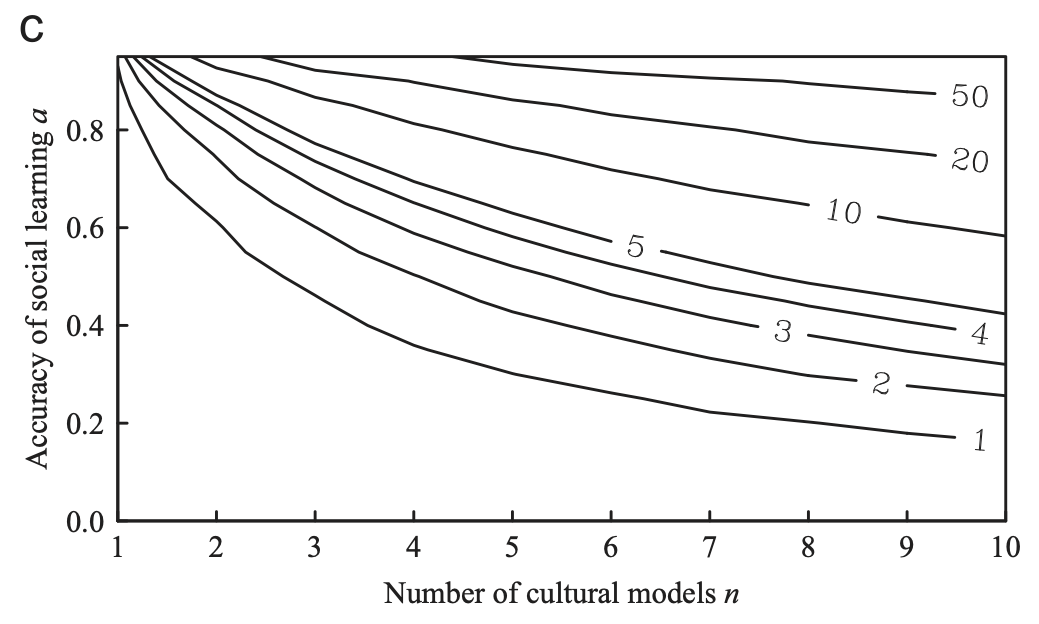 I have used theoretical models, primarily agent-based simulations, to explore how different learning dynamics - who copies what, from whom and when - might generate large-scale patterns of cultural evolution. Previous models have looked at beliefs in partible paternity (where children have more than one biological 'father'), copycat suicide, and how the costs of acquiring ever-accumulating knowledge slows down innovation in cumulative cultural evolution.

Kempe, Lycett and Mesoudi (2014) From cultural traditions to cumulative culture: Parameterizing the differences between human and nonhuman culture. Journal of Theoretical Biology 359, 29–36.

Mesoudi and Laland (2007) Culturally transmitted paternity beliefs and the evolution of human mating behaviour. Proceedings of the Royal Society B 274, 1273–1278. 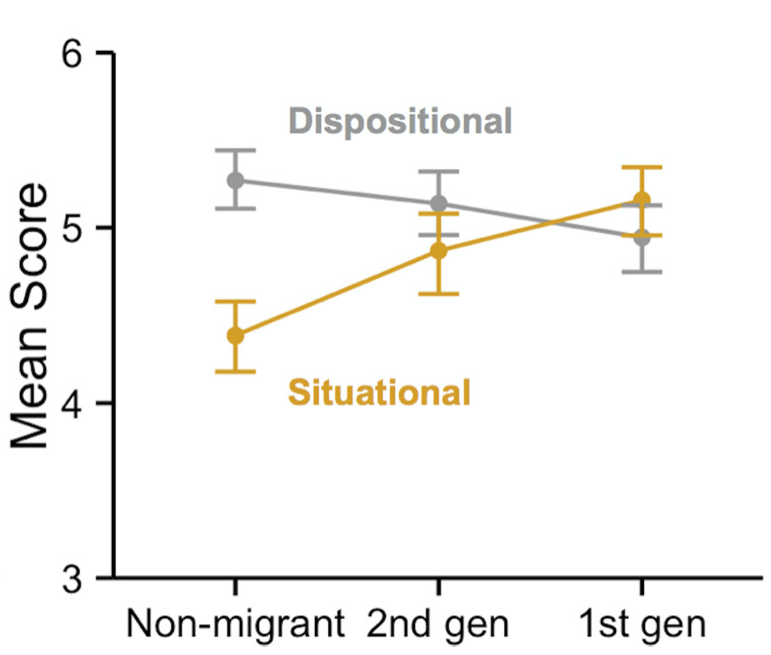 Ever since our species dispersed out of Africa, migration has been a constant fixture of Homo sapiens. 'Acculturation' describes the psychological and behavioural changes that occur as a result of migration. I have recently studied how acculturation affects the psychological characteristics of first and second generation British Bangladeshi migrants in London, as well as theoretical models of how acculturation and migration interact to shape cultural diversity over time. Lab experiments have mapped cross-cultural variation in social learning, showing higher rates of social learning in mainland China than in the West.

Mesoudi (2018) Migration, acculturation, and the maintenance of between-group cultural variation. PLOS ONE 13, e0205573.

Mesoudi, Chang, Dall and Thornton (2016) The evolution of individual and cultural variation in social learning. Trends in Ecology and Evolution 31, 215–225.

Mesoudi, Chang, Murray and Lu (2015) Higher frequency of social learning in China than in the West shows cultural variation in the dynamics of cultural evolution. Proceedings of the Royal Society B 282, 20142209. 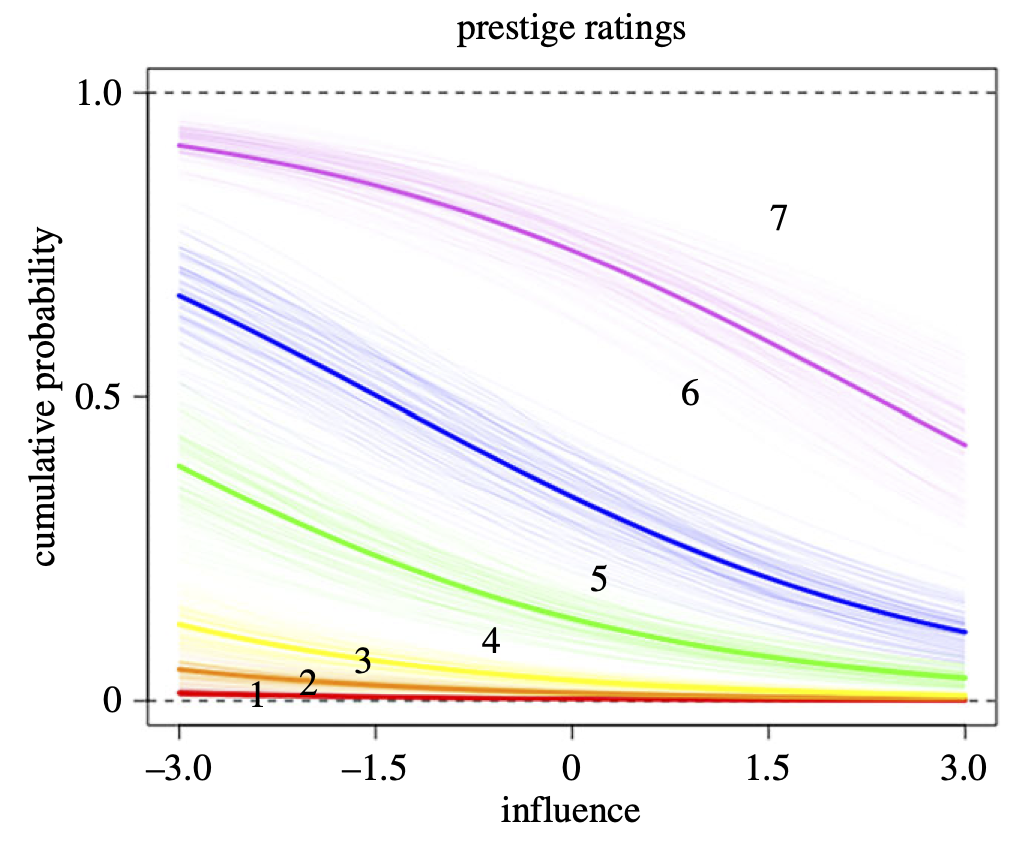 People often preferentialy learn from high-status, respected and knowledgeable individuals within their societies. This tendency is known as 'prestige-biased' social learning. A series of recent lab, field and online experiments have tested the extent to which people form prestige hierarchies in naturally-occurring human groups, and when people employ prestige-biased social learning.

Brand, Heap, Morgan and Mesoudi (2020) The emergence and adaptive use of prestige in an online social learning task. Scientific Reports 10, 12095. 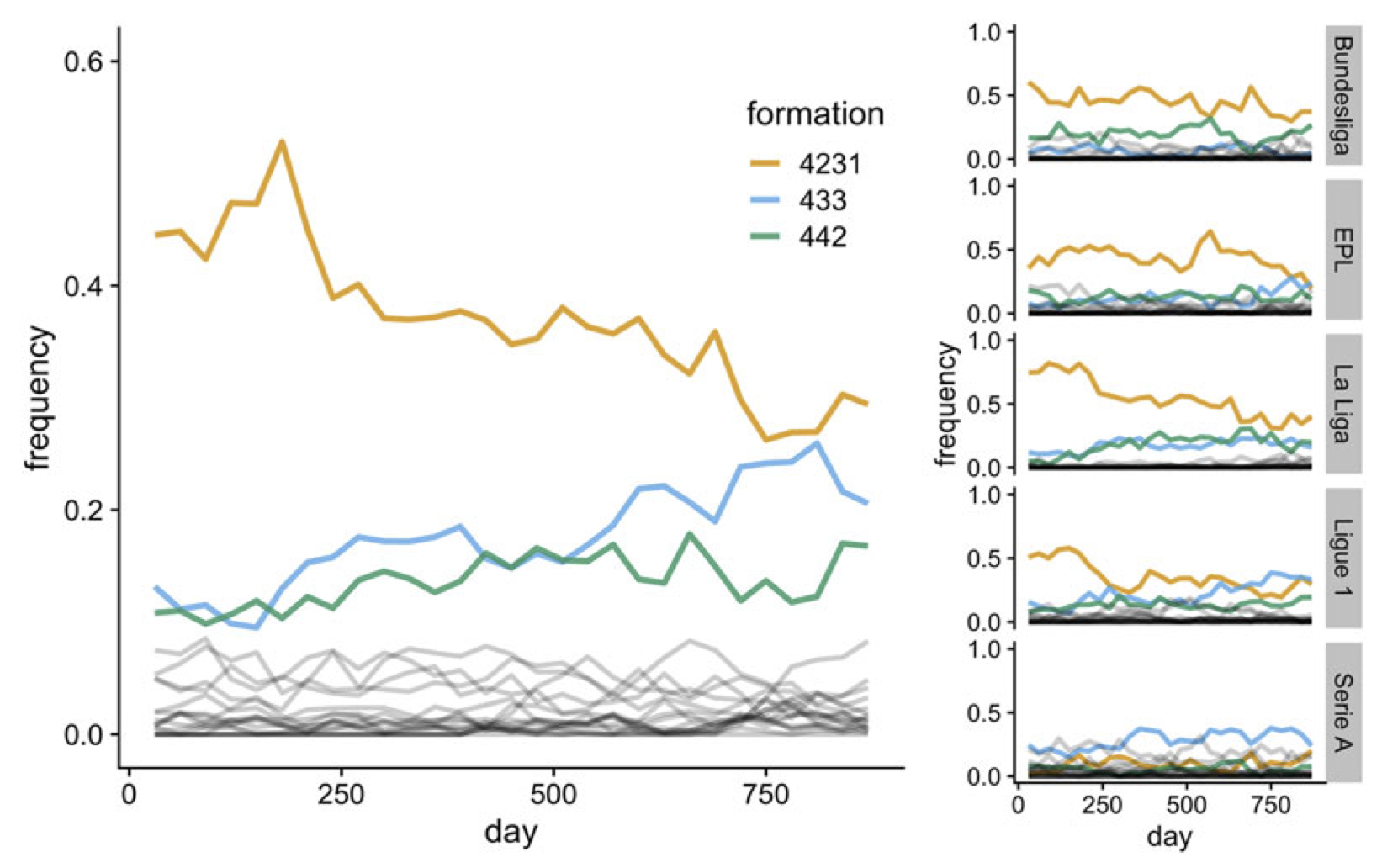 The digital age has yielded big cultural datasets that can be used to quantitatively analyse patterns of real-life cultural evolution. Two recent projects have analysed how large-scale, long-term changes in pop music lyrics and in football tactics can be explained in terms of underlying social learning biases. 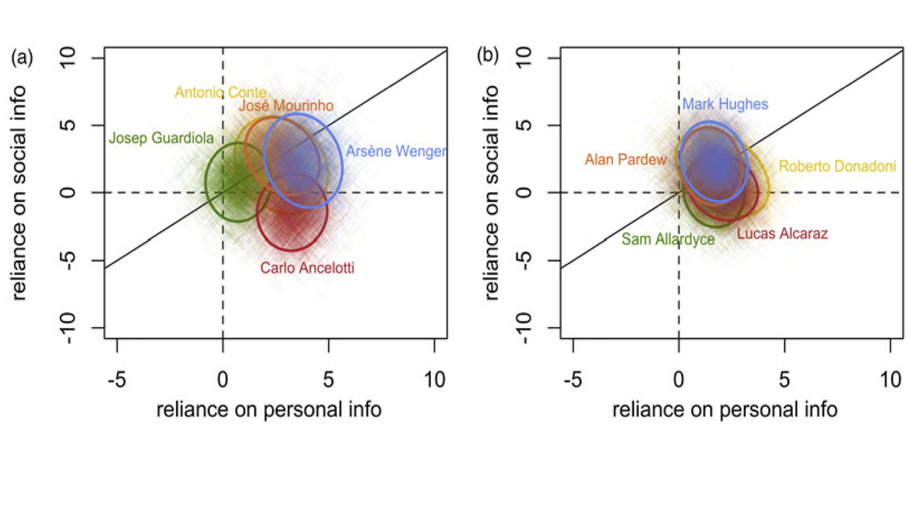 In order to adaptively solve complex problems or make difficult decisions, people must strategically combine personal information acquired directly from experience (individual learning) and social information acquired from others (social learning). The game of football (soccer) provides extensive real world data with which to quantify this strategic information use. I analyse a 5-year dataset of all games (n = 9127, 2012-2017) in five top European leagues to quantify the extent to which a manager’s initial formation is guided by their personal past use or success with that formation, or other managers’ use or success with that formation. I focus on the 4231 formation, the dominant formation during this period. As predicted, a manager’s choice of whether to use 4231 is influenced by both their recent use of 4231 (personal information) and the use of 4231 in the entire population of managers in that division (social information). Against expectations, managers relied more on personal than social information, although this estimate was highly variable across managers and divisions. Finally, there did not appear to be an adaptive tradeoff between social and personal information use, with the relative reliance on each failing to predict managerial success. 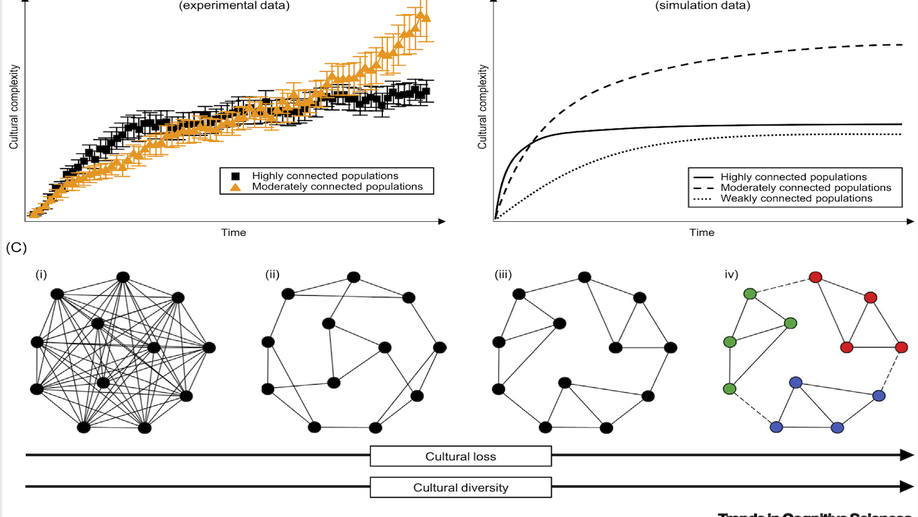 Our species has the peculiar ability to accumulate cultural innovations over multiple generations, a phenomenon termed `cumulative cultural evolution’ (CCE). Recent years have seen a proliferation of empirical and theoretical work exploring the interplay between demography and CCE. This has generated intense discussion about whether demographic models can help explain historical patterns of cultural changes. Here, we synthesize empirical and theoretical studies from multiple fields to highlight how both population size and structure can shape the pool of cultural information that individuals can build upon to innovate, present the potential pathways through which humans’ unique social structure might promote CCE, and discuss whether humans’ social networks might partly result from selection pressures linked to our extensive reliance on culturally accumulated knowledge. 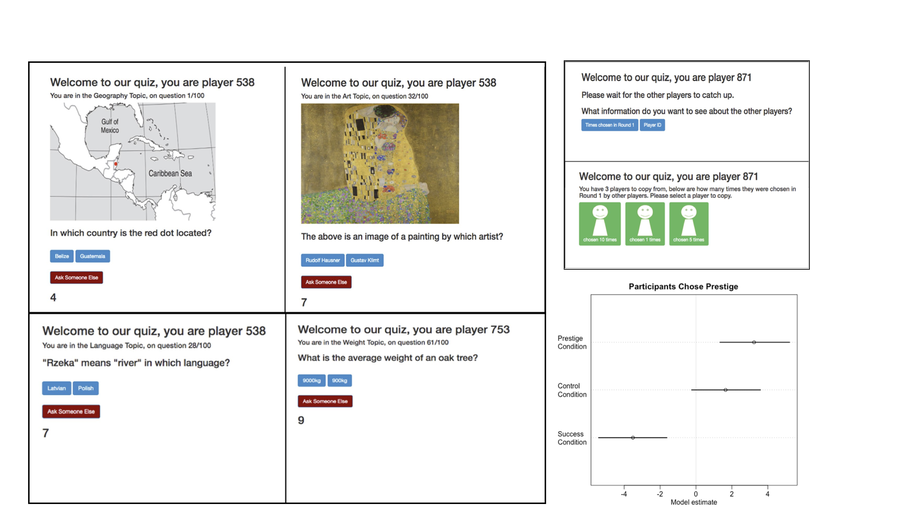 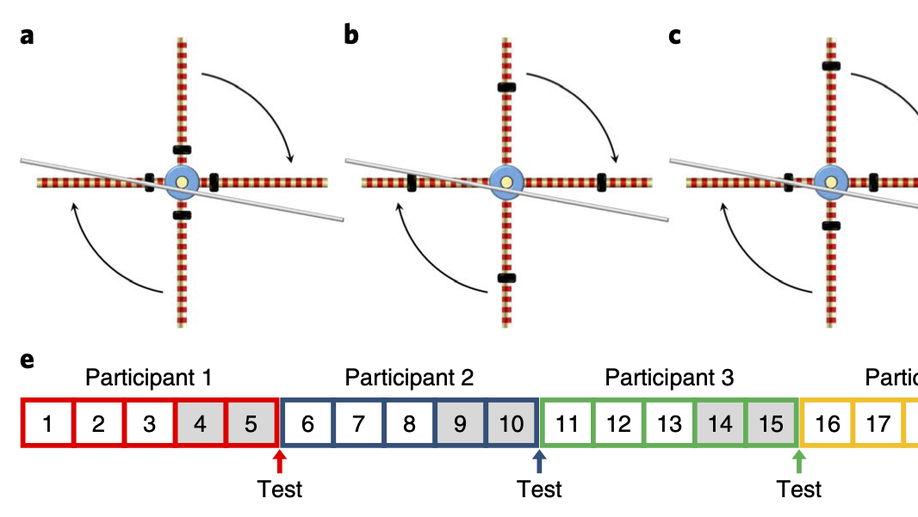 Bows and arrows, houses and kayaks are just a few examples of the highly optimized tools that humans have produced and used to colonize new environments. Because there is much evidence that humans’ cognitive abilities are unparalleled, many believe that such technologies resulted from our superior causal reasoning abilities. However, others have stressed that the high dimensionality of human technologies makes them very difficult to understand causally. Instead, they argue that optimized technologies emerge through the retention of small improvements across generations without requiring understanding of how these technologies work. Here we show that a physical artefact becomes progressively optimized across generations of social learners in the absence of explicit causal understanding. Moreover, we find that the transmission of causal models across generations has no noticeable effect on the pace of cultural evolution. The reason is that participants do not spontaneously create multidimensional causal theories but, instead, mainly produce simplistic models related to a salient dimension. Finally, we show that the transmission of these inaccurate theories constrains learners’ exploration and has downstream effects on their understanding. These results indicate that complex technologies need not result from enhanced causal reasoning but, instead, can emerge from the accumulation of improvements made across generations. 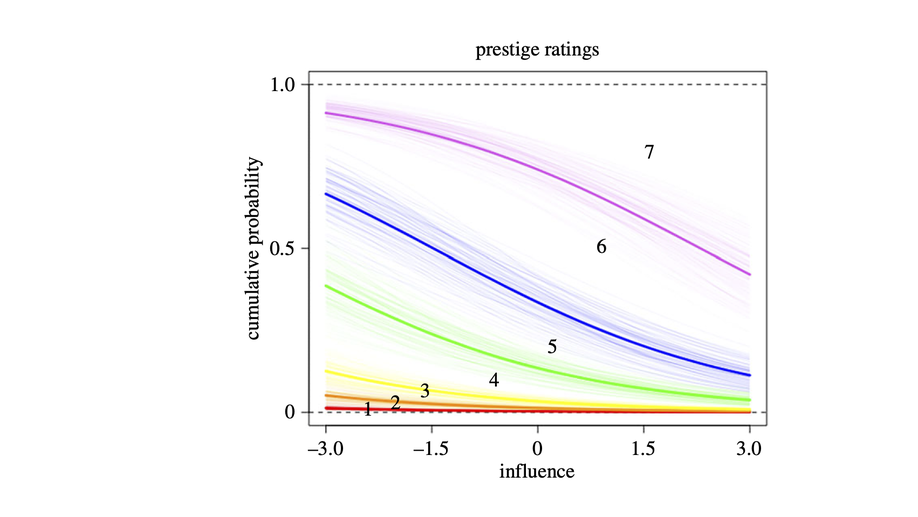 Prestige and dominance-based hierarchies exist in naturally occurring human groups, but are unrelated to task-specific knowledge

Prestige and dominance are thought to be two evolutionarily distinct routes to gaining status and influence in human social hierarchies. Prestige is attained by having specialist knowledge or skills that others wish to learn, whereas dominant individuals use threat or fear to gain influence over others. Previous studies with groups of unacquainted students have found prestige and dominance to be two independent avenues of gaining influence within groups. We tested whether this result extends to naturally occurring social groups. We ran an experiment with 30 groups of people from Cornwall, UK (n = 150). Participants answered general knowledge questions individually and as a group, and subsequently nominated a representative to answer bonus questions on behalf of the team. Participants then anonymously rated all other team-mates on scales of prestige, dominance, likeability and influence on the task. Using a model comparison approach with Bayesian multi-level models, we found that prestige and dominance ratings were predicted by influence ratings on the task, replicating previous studies. However, prestige and dominance ratings did not predict who was nominated as team representative. Instead, participants nominated team members with the highest individual quiz scores, despite this information being unavailable to them. Interestingly, team members who were initially rated as being high status in the group, such as a team captain or group administrator, had higher ratings of both dominance and prestige than other group members. In contrast, those who were initially rated as someone from whom others would like to learn had higher prestige, but not higher dominance, supporting the claim that prestige reflects social learning opportunities. Our results suggest that prestige and dominance hierarchies do exist in naturally occurring social groups, but that these hierarchies may be more domain-specific and less flexible than we anticipated. 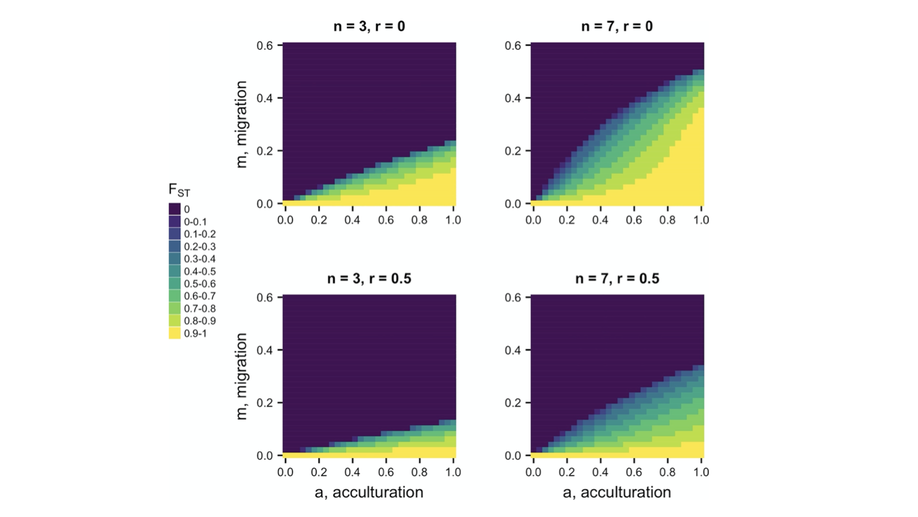 Migration, acculturation, and the maintenance of between-group cultural variation

Prospective postdocs and PhD students are welcome to email me at a.mesoudi@exeter.ac.uk to explore projects and funding.

This tutorial shows how to create very simple simulation or agent-based models of cultural evolution in R. It uses the RStudio notebook or RMarkdown (.Rmd) format, allowing you to execute code as you read the explanatory text. Each model is contained in a separate RMarkdown file which you can open in RStudio. Currently these are:

The tutorial is freely available at https://github.com/amesoudi/cultural_evolution_ABM_tutorial

An online version which contains the compiled models with outputs can be found at https://bookdown.org/amesoudi/ABMtutorial_bookdown/ 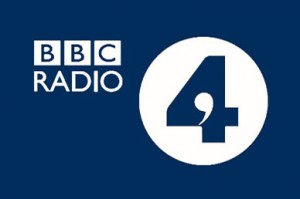 Contributor, Series 8 Episode 4: Democracy and the Wisdom of the Crowds 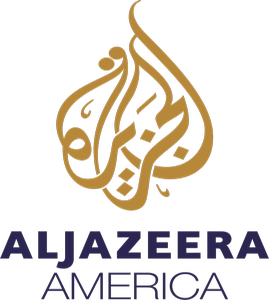 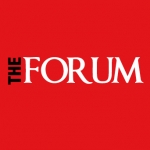 The Forum Debate: Darwinism and the Social Sciences

Panellist. Organised by the Forum for European Philosophy, London School of Economics

A Brief History of Cultural Evolution. A keynote presentation at the Culture Conference 2021: Evolutionary Approaches to Culture, 7th June 2021.

Presentation at the National Academy of Sciences Arthur M. Sackler Colloquium on the Extension of Biology Through Culture held at the Beckman Center in Irvine, CA on November 15-16, 2016, organized by Marcus Feldman, Francisco J. Ayala, Andrew Whiten and Kevin Laland.