Prestige and dominance-based hierarchies exist in naturally occurring human groups, but are unrelated to task-specific knowledge 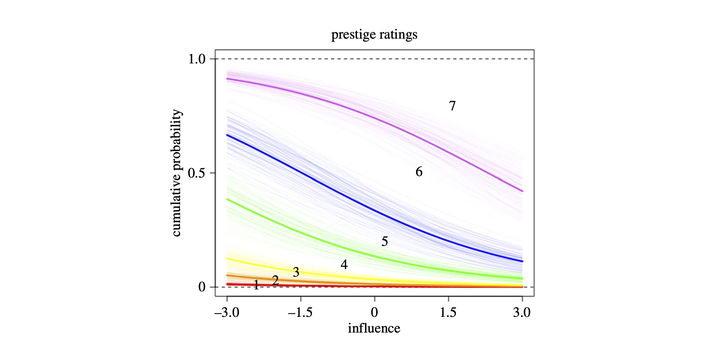 Prestige and dominance are thought to be two evolutionarily distinct routes to gaining status and influence in human social hierarchies. Prestige is attained by having specialist knowledge or skills that others wish to learn, whereas dominant individuals use threat or fear to gain influence over others. Previous studies with groups of unacquainted students have found prestige and dominance to be two independent avenues of gaining influence within groups. We tested whether this result extends to naturally occurring social groups. We ran an experiment with 30 groups of people from Cornwall, UK (n = 150). Participants answered general knowledge questions individually and as a group, and subsequently nominated a representative to answer bonus questions on behalf of the team. Participants then anonymously rated all other team-mates on scales of prestige, dominance, likeability and influence on the task. Using a model comparison approach with Bayesian multi-level models, we found that prestige and dominance ratings were predicted by influence ratings on the task, replicating previous studies. However, prestige and dominance ratings did not predict who was nominated as team representative. Instead, participants nominated team members with the highest individual quiz scores, despite this information being unavailable to them. Interestingly, team members who were initially rated as being high status in the group, such as a team captain or group administrator, had higher ratings of both dominance and prestige than other group members. In contrast, those who were initially rated as someone from whom others would like to learn had higher prestige, but not higher dominance, supporting the claim that prestige reflects social learning opportunities. Our results suggest that prestige and dominance hierarchies do exist in naturally occurring social groups, but that these hierarchies may be more domain-specific and less flexible than we anticipated.