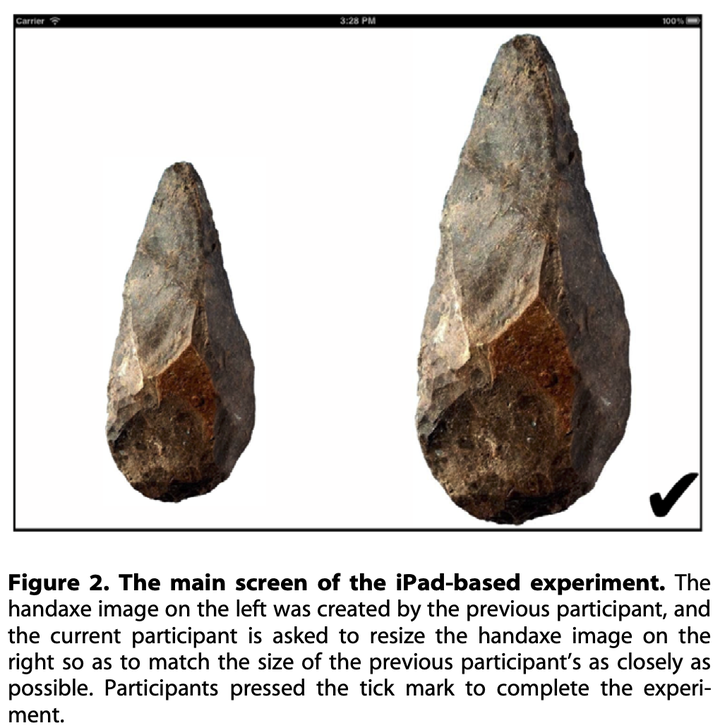 Archaeologists interested in explaining changes in artifact morphology over long time periods have found it useful to create models in which the only source of change is random and unintentional copying error, or `cultural mutation’. These models can be used as null hypotheses against which to detect non-random processes such as cultural selection or biased transmission. One proposed cultural mutation model is the accumulated copying error model, where individuals attempt to copy the size of another individual’s artifact exactly but make small random errors due to physiological limits on the accuracy of their perception. Here, we first derive the model within an explicit mathematical framework, generating the predictions that multiple independently-evolving artifact chains should diverge over time such that their between-chain variance increases while the mean artifact size remains constant. We then present the first experimental test of this model in which 200 participants, split into 20 transmission chains, were asked to faithfully copy the size of the previous participant’s handaxe image on an iPad. The experimental findings supported the model’s prediction that between-chain variance should increase over time and did so in a manner quantitatively in line with the model. However, when the initial size of the image that the participants resized was larger than the size of the image they were copying, subjects tended to increase the size of the image, resulting in the mean size increasing rather than staying constant. This suggests that items of material culture formed by reductive vs. additive processes may mutate differently when individuals attempt to replicate faithfully the size of previously-produced artifacts. Finally, we show that a dataset of 2601 Acheulean handaxes shows less variation than predicted given our empirically measured copying error variance, suggesting that other processes counteracted the variation in handaxe size generated by perceptual cultural mutation.